Firmly Rooted in the COMMUNITY

Over more than 100 years, CBL has never been one to follow the trends. We’ve grown during economic boom times such as the Roaring Twenties and survived downturns times like the Great Depression of the 1930’s and the savings and loan failures of the 1980’s.

Through it all, we’ve remained true both to our heritage of conservative leadership and our original goal to serve our local community as a savings-and-loan-style institution. Today, with more than $120 million in assets and an expanding customer base, Citizens Building and Loan is one of the most highly capitalized institutions in the state.

Founded in 1907, Citizens Building and Loan first opened its doors in the BA Bennett and Company building (still standing today) between Trade and Poinsett streets. Led by a strong group of local citizens from the business community, the bank encouraged the town’s close-knit population of farmers, mill workers and merchants to build their dreams through home ownership and by regularly saving for the future.

In the early days, customers would deposit as little as $5 a week in savings plans. When the surrounding mill houses were sold, Citizens helped finance many of them. For more than 100 years, Greer families have passed down the tradition of doing business with CBL.

The reason for our loyal, growing family of customers? We treat all of our customers the same, large and small, borrowers and savers. Our founding mission, “To maintain long term relationships with our customers and to deliver personal service,” is as true today as it was then.

Downtown Greer has always been our home. In 1972, we moved to our second location at 117 Trade Street. Twenty years later, growth and progress dictated it was time once again to make a move, so we conducted a study on where our new building should be located. The trend at the time was for new businesses to leave the downtown area and build along the rapidly growing Highway 29.
Rather than follow the crowd (and the study recommendations), we chose to make a stand for the future of downtown. The result is our current site at the corner of Trade and Randall streets. Many consider our building the cornerstone of the revitalization efforts that have transformed the center of downtown into the vibrant destination known today as Greer Station.

When we decided to expand our operation in 2018, we determined that Landrum was a natural choice for the bank’s first location outside our hometown and opened a Loan Production Office there. Similar in character to Greer, the community boasts a small-town environment and an abundance of positive energy. CBL will ultimately become an integral part of the community by supporting its schools, businesses and nonprofits.

It’s a PRIVILEGE to SERVE our Neighbors & Friends

The most rewarding part of being a local community bank is all the relationships we’ve built over the years.

From first mortgages to college savings accounts to retirement savings, it's been our privilege to watch your children grow up, meet your grandkids, and have your family choose to continue banking with CBL. 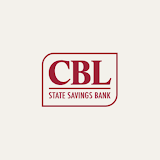